The majority of women who gave birth in February last year had confidence and trust in staff, felt they were ‘always’ listened to by midwives and received appropriate advice at the start of labour, according to a national survey by the CQC

However, the results also reveal that continuity of carer, access to midwives after giving birth and perinatal mental health are areas where improvements are needed to ensure that maternity services provide a consistently high-quality experience for all.

Published on Tuesday 28 January the findings of CQC’s 2019 maternity survey highlight women’s views on all aspects of their maternity care from the first time they saw a clinician or midwife, during labour and birth, through to the care provided at home in the weeks following the arrival of their baby.

The most positive results from the survey relate to women’s experience of interacting and communicating with staff in maternity services, particularly during labour and birth. This year there has also been important improvement across a greater number of questions compared to 2018 (the last time the survey was carried out) and positive upward trends are evident over time in areas such as feeding choices and partner involvement.

Despite this progress, the results indicate a poorer experience for many women postnatally compared to other stages. This has been the case in previous years. They also show that outside of the labour ward or birthing centre, a significant proportion of women felt they did not have access to the support that they needed and that the quality of information provided about mental health could be improved.

Responses to the 2019 survey include the following notable trends:

88% of women surveyed felt they were given appropriate advice at the start of labour, compared to 86% who said this in 2018; and

84% said any concerns they raised during labour and birth were taken seriously by staff, up from 82% in 2018

The majority of women surveyed (84%) said they ‘definitely’ had confidence and trust in the staff caring for them during labour and birth (78% in 2013) and while in hospital after giving birth, 76% were ‘always’ treated with kindness and understanding (65% in 2013)

In 2019, 85% of women said that their decisions about how they wanted to feed their baby were ‘always’ respected by midwives, an increase from 80% in 2013; and over two thirds (69%) said they were ‘always’ given active support and encouragement about feeding their baby, up from 61% in 2013

In 2019, 63% of women said they ‘definitely’ were given information about any changes they might experience to their mental health after having their baby, but a quarter (25%) said they only received this information ‘to some extent’ and 12% did not receive it at all

Although most women responding to the survey (80%) were told who to go to for advice about any changes to their mental health after giving birth, one in five respondents (20%) were not

“The positive feedback from many women completing this survey is a reflection of the hard work and commitment shown by staff working in hospital maternity services across the country.

“However, it is disappointing that postnatally experiences continue to fall short, particularly in regard to women’s mental health needs. While most women surveyed were being asked about their mental wellbeing, a significant proportion felt the quality of information they received could be improved.

“It is absolutely right that the provision of specialist mental health services for pregnant women and new mothers has been recognised as a priority in the NHS long term plan and we hope to see the impact of this extended support in next year’s survey results.

“It is essential that trusts make full use of their individual survey results to identify where changes can be made to ensure consistent and high-quality care for the benefit of all women and their families.

This is the seventh survey of its kind that CQC has carried out to help trusts better understand the experiences of women using maternity services and involved 126 NHS trusts. The results are used by CQC as part of its wider monitoring of hospital services.

You can help make health and care services better by sharing your experiences and ideas. 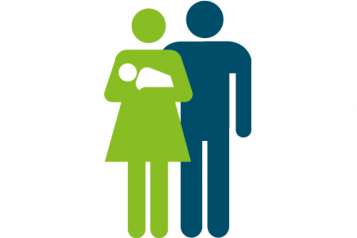 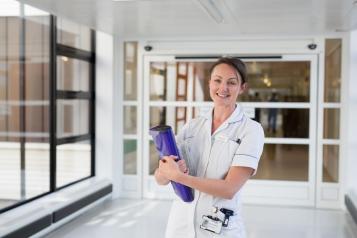 Healthwatch England Annual Report 2018-19
Last year, the Healthwatch network supported over 336,000 people to share their story about health and social care. These views resulted in over 7,200 recommendations to services about the improvements that people would like to see.
30 January 2020
News
Hospitals need to do more to show patients how the NHS is learning from mistakes, says Sir Robert Francis QC
There has been some positive change in the years following the Mid Staffordshire Inquiry to improve openness and transparency in the NHS.
19 January 2020
News